Activity 1: Know and Want to Know

Next, you are going to hear a song from a famous Indigenous Canadian artist  - Samian. Samian is an Indigenous rapper who performs in both French and Anishinaabemowin.

Follow along with the lyrics (also in your student notebook). Listen for the examples of racism and injustice Samian discusses in his song.

We are now going to take a deeper dive into Samian's song to ensure that, as a class, we have a common understanding of two really important themes that are deeply embedded within this song’s lyrics.

Those two themes are activism and equity.

To start off, let’s first define activism and equity.

What is an Activist?

OK! HERE WE GO!! We are going to add some sound clips now!

EarSketch is all about coding and composing, so let’s add a few lines of code that will insert sound files into your script. These lines of code will become tracks (layers!) in your DAW.

These three lines of code insert sound clips into your script on different tracks or layers. 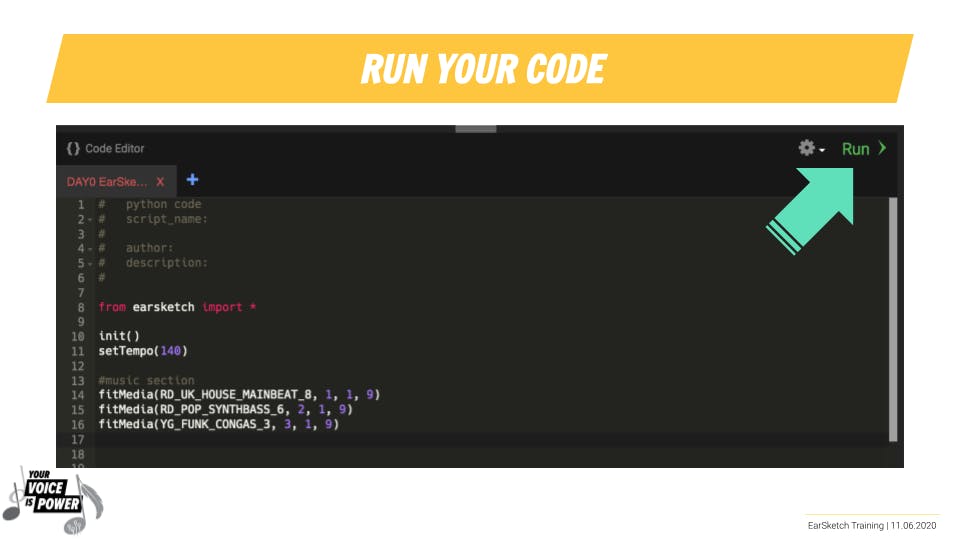 Notice that each track is a layer of music. Or, it may be that a number of similar tracks might be one layer. For example, you may have several tracks of strings that could be considered one layer.  So you may end up with a 'strings layer', 'horns layer', and a 'percussion layer' and so on. As we continue, we will be developing many layers of music.

A track is part of a song recorded separately as a musical clip and added to a piece of music. In a DAW, tracks are arranged in rows and labeled with numbers.

This block of code consists of: 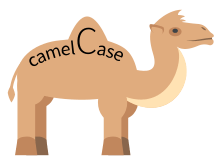 We've met functions before! The first function we met was setTempo(). It took ONE parameter—BPM (beats per minute). Functions tell the computer what to do based on the information given, like setting the tempo or fitting media clips into a project. We will use both pre-written functions and functions that you will write yourself (in later modules) to make music.

So How Does the fitMedia() function work?

We will examine this fitMedia() function in greater detail in the next module—Module 4.

You have an error if you have red highlighting over a line of code and red text in the console below the CODE EDITOR.

If you have an error, check to ensure that you copied the code correctly.

Note: The error message in the console identifies the line of code with the error. An example of an error in the console looks like the image to the left. In this example, I had a capitalization error in fitMedia()

Earlier, we briefly mentioned bugs (errors) and debugging. But, it is such an essential part of coding that we want to give it more attention. Mistakes will be made. Simple. It is natural, common, and frequent! When we are learning new things, bugs happen! Lots of different kinds of bugs and many of them are common to all coders. Expect, embrace, seek, and squash your bugs! :-)

Sometimes programmers make mistakes that cause code to work incorrectly or not run. In programming, coding faults are called errors, or bugs. The process of finding and fixing bugs is called debugging. You can use debugging strategies using the console.

What are the different types of errors?

Here are some common errors:

Time to practice! Find the 5 errors in the following code:

# description: Find and fix the errors in this script

Here is the answer

Take a look at Every Error Explained in Detail for a description of different error types and what you can do to prevent them.